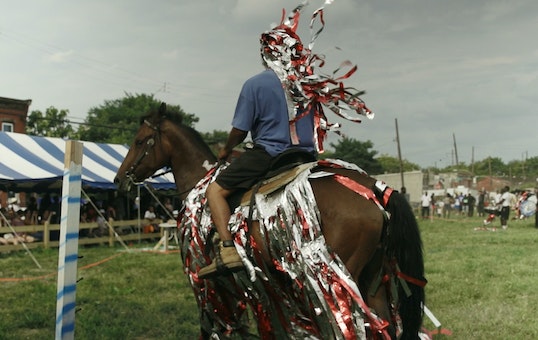 Mohamed Bourouissa: Urban Riders features approximately 85 works—including drawings, photos, costumes, sculptures, and a video—many presented for the first time in the US.

Since 2002, artist Mohamed Bourouissa (b. 1978, Algeria; lives and works in Paris) has been developing a photography practice, drawing, and creating video rooted in social reality. Working primarily with representations of a contemporary urban environment, he is interested in the stereotypes associated with geographic and social spaces.

In 2014, for his first project in the US, Bourouissa focused his attention on a North Philadelphia community’s efforts at neighborhood revitalization. His response included designing, staging, filming, and photographing an equestrian event, which he called "Horse Day," at a local stable: his photographs and film show extravagantly costumed young riders and their decorated mounts as fantastic figures, transcending their economic circumstances.

This exhibition showcases the body of work—already acclaimed in Paris, Frankfurt, and Amsterdam—that Bourouissa inspired and created during his stay in Philadelphia.

The artist talks about his work and the Urban Riders exhibition on VERSO, our new behind-the-scenes podcast series.

Subscribe to VERSO by searching for "Barnes Foundation" on iTunes, Google Play, or your favorite podcast app.

In 2014, Bourouissa spent nine months in Strawberry Mansion, a low-income neighborhood in North Philadelphia, working with the Fletcher Street Urban Riding Club. The drawings and collages displayed in the exhibition include preparatory studies for Horse Day, sketches documenting the artist’s time in Philadelphia, and works he made after the conclusion of his stay.

The 2014 Horse Day event featured horses and riders clad in everything from paint to fabric to tinsel to old CDs. Several of these costumes, the product of collaborations between riders and local artists, are showcased in the exhibition. 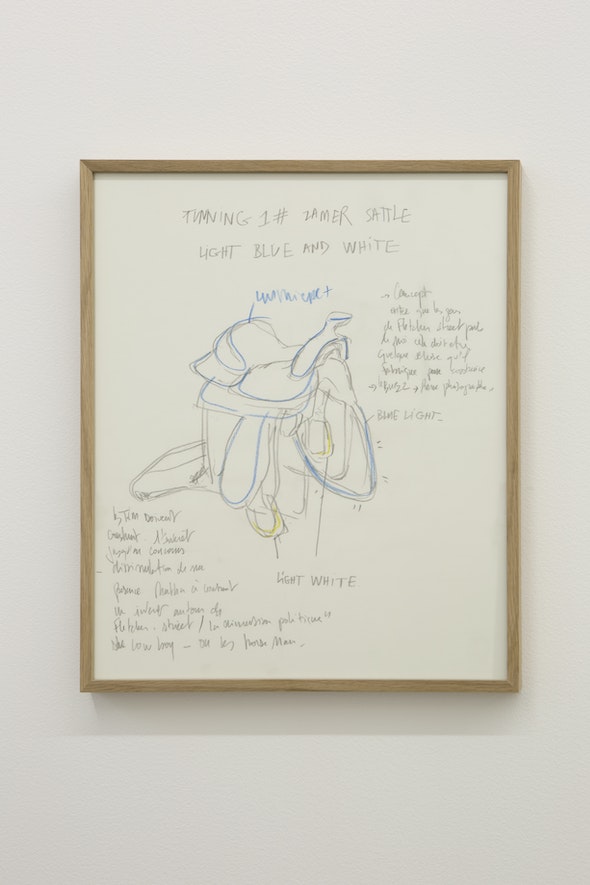 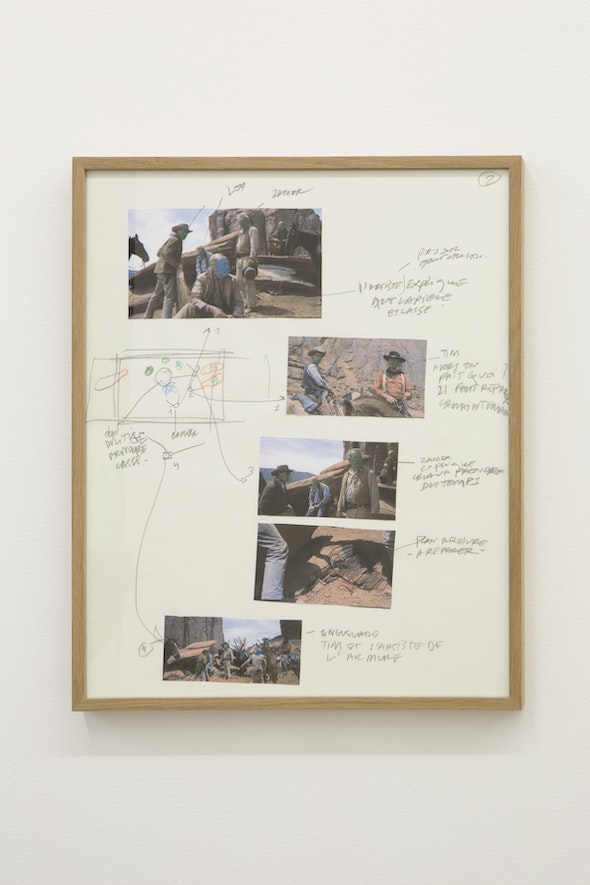 A 14-minute, two-channel video, Horse Day shows members of the Fletcher Street Urban Riding Club as they prepare for and participate in the equestrian event. Consisting of conversations, aerial views, and long takes of horseback riders on city streets, the video—filmed over eight months—depicts the unpretentious everyday life of the Fletcher Street community. 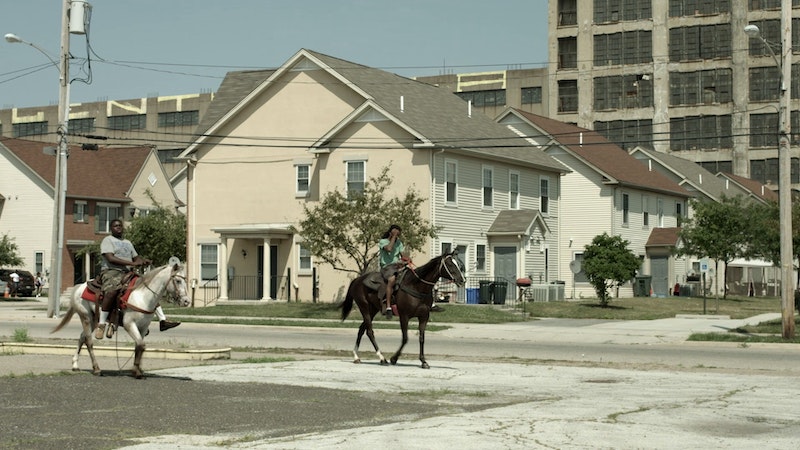 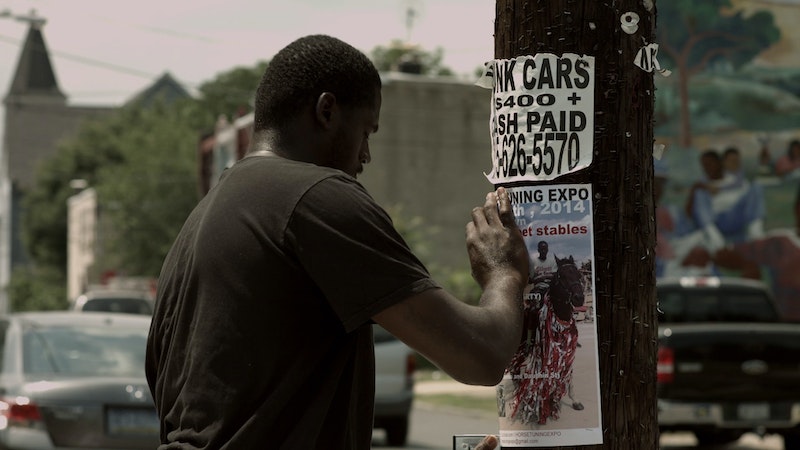 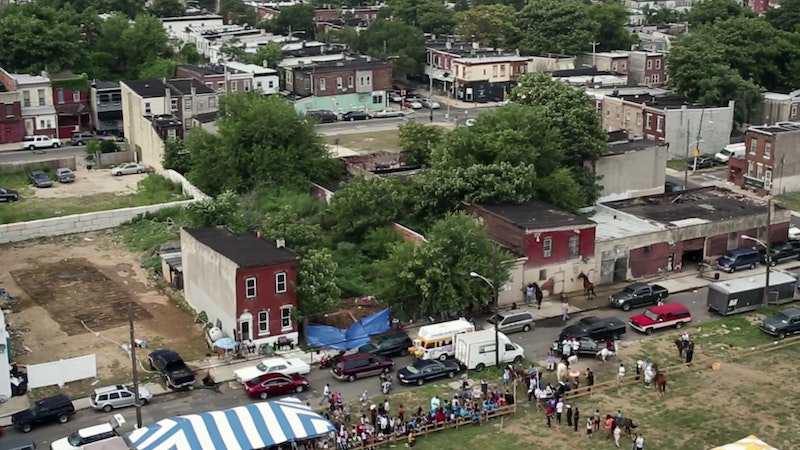 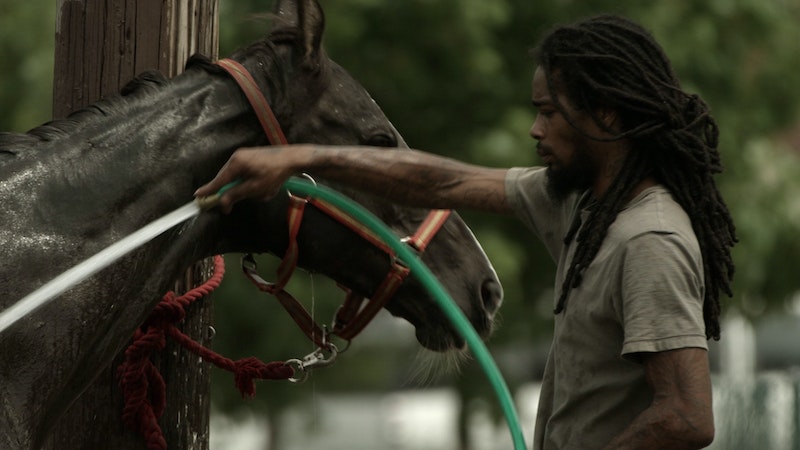 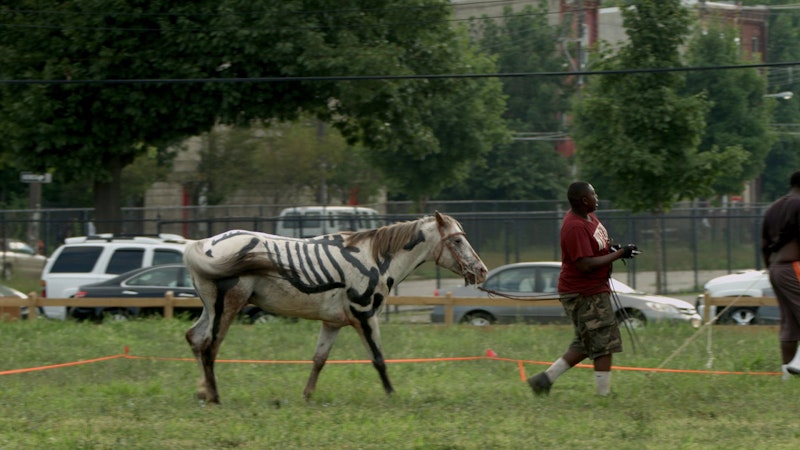 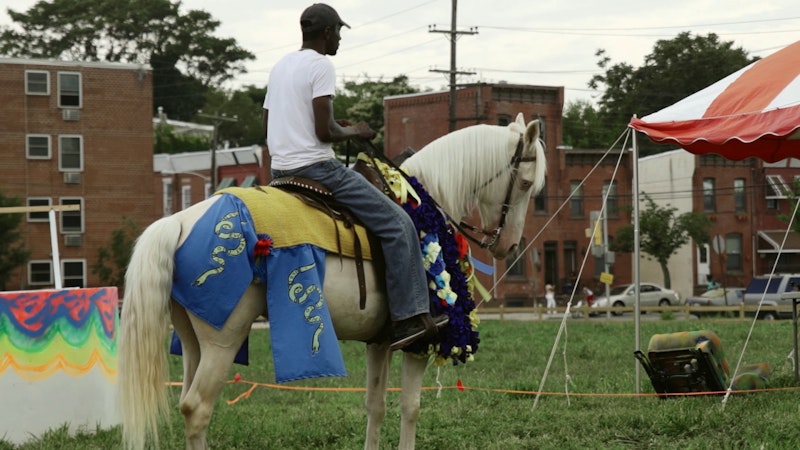 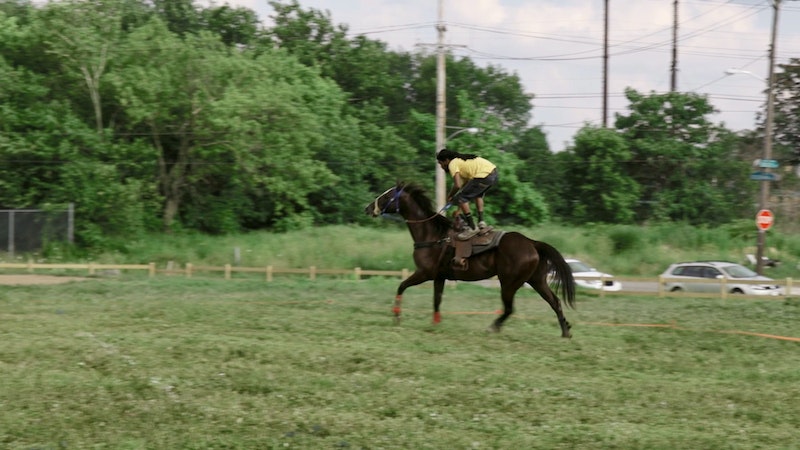 Made especially for this exhibition, The Ride is part of The Hood, a series of monumental sculptures created by Bourouissa beginning in 2014. In conjuring connections between the car and the horse, these assemblages might suggest the link between social and geographic marginalization. Made of European car parts printed with photographs of people from Fletcher Street, they mix different cultural universes.

The exhibition catalogue tracks the artist's thought-provoking body of work from the suburbs of Paris to North Philadelphia. Featuring texts by Anna Dezeuze, Marc Donnadieu, Amanda Hunt, and Michael Nairn, and an interview with the artist by Okwui Enwezor.

Major support for Mohamed Bourouissa: Urban Riders is provided by Étant Donnés Contemporary Art, a program of the FACE Foundation, developed in partnership with the Cultural Services of the French Embassy in the US, with lead funding from the Florence Gould Foundation, the Helen Frankenthaler Foundation, the French Ministry of Culture and Communication, and Institut français, Paris. 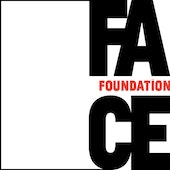 With additional support from contributors to the Barnes Foundation Exhibition Fund:

And generous contributions from:

The Horace W. Goldsmith Foundation, the Jill and Sheldon Bonovitz Exhibition Fund, and The Rittenhouse Hotel.

The exhibition catalogue is made possible with support from kamel mennour, Paris/London.